Return of the Time-Traveling Police Box! 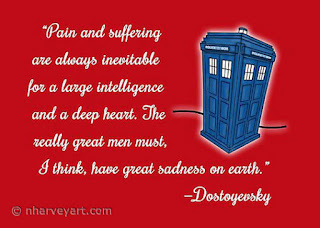 I admit it. I'm a Whovian. At least I know I'm not alone.

Next week marks the return of "Doctor Who," starring Peter Capaldi as the twelfth incarnation of The Doctor. I'm anxious to see what he will be like. But while we all have our first doctor and our favorite doctors, for me, it's all about that magical blue box... the TARDIS. Vworp...vworp...vworp...

I can't explain the fascination. It's magical, science-y, retro, steam-punk, low-key and fantastical all at the same time. She also seems to have her own personality. One of my favorite episodes is "The Doctor's Wife," where her soul is downloaded into a woman and she converses with the "thief" whom she actually stole. Absolutely delicious!

I've developed a bit of an obsession with police boxes in general, since the very idea of one brings to mind the joy, fear and intensity experienced by the companions in the series. And especially since they no longer exist for practical purposes, the novelty lends them a beauty not noticed when they were common. I'll even get excited when I see a British phone box that's not a blue police box, like these on the grounds of Kentuck Knob, a Frank Lloyd Wright designed home I once toured: 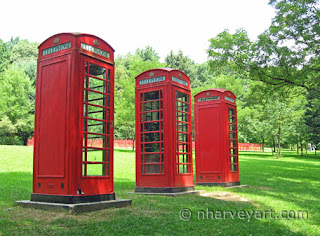 I enjoy drawing them, and have several versions available on Zazzle products, in the Christmas and Fun Stuff Categories (with a new version coming soon!).

But today, I'm sharing a completely new design AND the announcement that nharveyart is now on Redbubble! I've titled this one, "Dostoyevsky Knew Him?" (available with either black or white text on a variety of t-shirt colors and on other products). 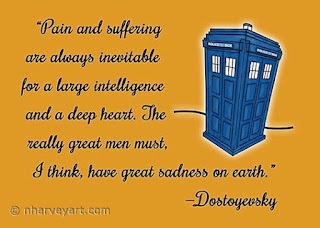 I came across this quote from Fyodor Dostoyevsky's Crime and Punishment:


"Pain and suffering are always inevitable for a large intelligence and a deep heart. The really great men must, I think, have great sadness on earth."

How could I not think of The Doctor after reading that? He's incredibly clever and is all heart (even though he has only two), yet carries the pain of great loss. I imagine a story where he visits 19th century Russia, and in the course of making sacrifices to defeat alien ruffianism, meets the author, thereby planting the seeds that later surface in the novel. Daydreaming is fun. (I'd love read such a fanfic; if someone decides to take that idea and run with it, leave a comment with a link to the result!)

Of course, one could also look at this design and think of the clever and selfless police officer that served his municipality, forsaking time with his family to keep the citizens safe. There is a hero deep within us all, and that blue box has become a symbol of that. In drawing the box, I abandoned straight, rectangular shapes and instead gave it a leaning, hunched look to show those moments when conscience and personal conviction can lead to circumstances that weigh heavily on one's spirit.

I'm slowly stocking my Rebubble store with many of the designs already available at Zazzle. Redbubble offers some unique Print On Demand products, including duvet covers (a great canvas for my Abstract Collection) and Tote Bags on which the design covers the entire bag. 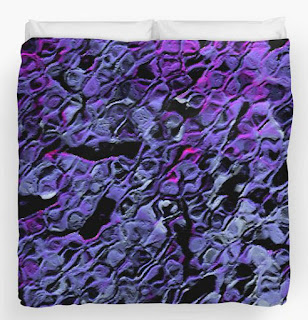 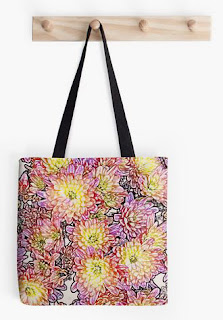