For the Love of Fractals

As I mentioned in my last post, I’ve been exploring fractals, patterns composed of repeating and evolving iterations of themselves. Here are some simple examples that may be familiar to you. 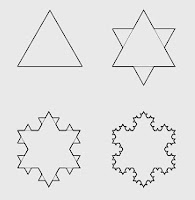 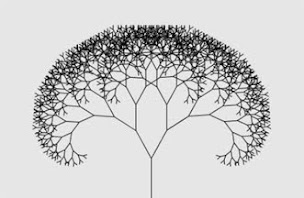 I’d heard them mentioned in various contexts suggesting such things as the potential for them to provide a form for understanding patterns in time. I wanted to understand them better, and as an artist, the most logical way was to learn to create them visually.

There are numerous shareware programs for this available, and I chose to start with Apophysis. Basic tutorials on the program were hard to come by and never comprehensive enough for my curiosity, but I found enough to cobble together a basic understanding and get on with creating my own images. It’s a completely unique creative experience as all are made purely via mathematical formulas programed into the application, and each of these has a number of variables to tweak resulting in infinite possible settings. The artist must become familiar with the type of image produced by particular variations.

That almost sounds simple enough until you consider that different variations do not merely overlay one another when combined (though there are techniques to make that happen). Instead, they merge into a different form. It’s easy for the combinations to result in a blah mess, but hone the numerous variables just right, and a beautiful design crystalizes before your eyes. It makes me think of The Beatles, one of the most popular music groups in modern history. Together, John, Paul, George and Ringo—the right guys and the right time—merged into a synastry that struck a chord with the masses. While each of them went on to further success in their solo careers, none reached the same level as they had together. The sum was not only more than the parts, but a unique entity.

Since the love that connects two people also reflects the idea of patterns resonating to create something unique, something that lights up when combination is just right, it feels appropriate that the first fractal design I share is one I’m publishing on a Valentine. 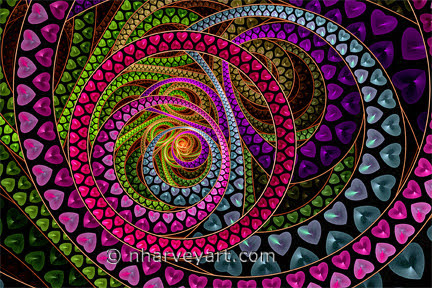 Rings filled with hearts, overlapping and extending into eternity, rolling through a rainbow of repetition just as a couple’s many shared moods and experiences are grounded in the form they create by their union.

“Fractal Love” is available on cards and other products at Zazzle. If there’s another product you’d like to have it on, you’re welcome to contact me and request it. 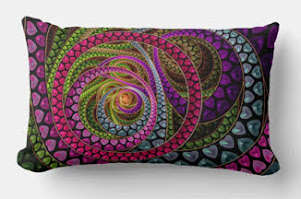 Wishing everyone Peace, LOVE, and Joy on every day of the year. Thanks for visiting and please come again!